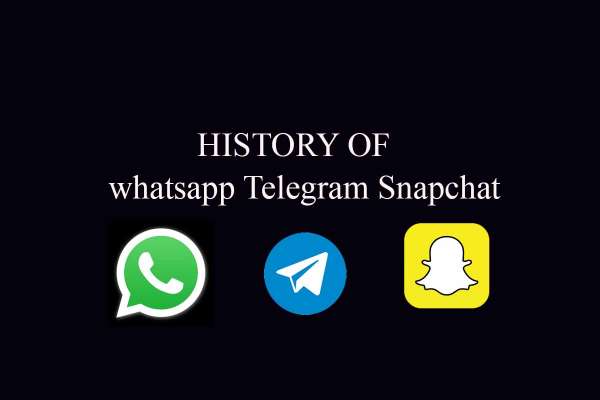 WhatsApp is a mobile messaging application which was founded by Jan Koum and Brian Acton. It was first launched in 2009 for the iOS operating system, and then for Android in 2010.

The app allows you to send messages without having to pay for SMS or MMS. You can also exchange pictures, videos, voice messages and make calls over the internet (VoIP).

Whatsapp is one of the most popular messaging apps in the world with over 1 billion active users as of February 2017.

In February 2017, Facebook announced that it would buy WhatsApp for $19 billion, which at the time was the largest acquisition of a venture-capital-backed company in history.

The app is constantly evolving, with new features being added to it on a regular basis. The company recently announced that it will soon be rolling out end-to-end encryption for all chats, as well as video calling capabilities.

This means that messages will be fully encrypted and WhatsApp will not have access to them, meaning they can’t be read or monitored by anyone at the company.

Telegram was launched in 2013 by two Russian brothers, Pavel and Nikolai Durov. The service was originally created as a means of communication for their friends, but quickly became popular among people in the Middle East who were looking to avoid government censorship.

The Telegram app has been downloaded over 100 million times and it has over 200 million active monthly users.

Telegram is a messaging app that is based on open source. Telegram offers an open API so that developers can create their own apps and plug-ins for the service.

Telegram is a messaging app that provides features like encrypted messages, group chats and instant messaging.

Telegram is a cross-platform messaging app that can be used on smartphones, tablets and desktop computers.

Telegram is a messaging app that was launched in 2013 by the brothers Nikolai and Pavel Durov. Telegram offers a number of advanced features like self-destructing messages, group chats with up to 200 people, and channels for broadcasting messages to large audiences.

Telegram has been used as a secure communication channel by political dissidents, including during the Arab Spring. It has also been used as an alternative to WhatsApp in some countries because it provides end-to-end encryption which means that only the sender and receiver can read the messages.

Snapchat is a multimedia mobile application developed by Evan Spiegel, Bobby Murphy and Reggie Brown, former students at Stanford University. The app was released on the iOS operating system on September 16th, 2011.

Snapchat has become one of the most popular social media apps among teenagers.

Snapchat has grown from a simple app for sending pictures and videos to a platform that is used for social media, messaging, and more.

Need to know more about What is 5G Network ?

Business admin - January 16, 2023 0
Ecommerce marketing is an ever-evolving field that requires businesses to stay on top of the latest trends and techniques. With the right strategies, businesses...

Business admin - January 16, 2023 0
IndiaMART is one of the most popular B2B websites in India, offering a wide range of products and services to its customers. With its...

Advantages of B2B Websites in India

Business admin - January 16, 2023 0
India is one of the fastest growing economies in the world and has seen a surge in the number of b2b websites. These websites...
© Newspaper WordPress Theme by TagDiv